Freud, co-founder of the Criminals, passed away May 31, 2015, in Austin, Texas. Here he is at Epicenter Records 20 years ago. Take care, old friend. 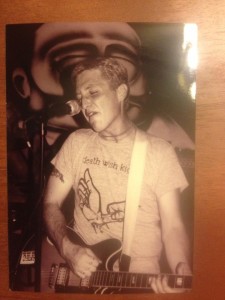 Freud playing at Epicenter Records in SF, CA in the mid-1990s 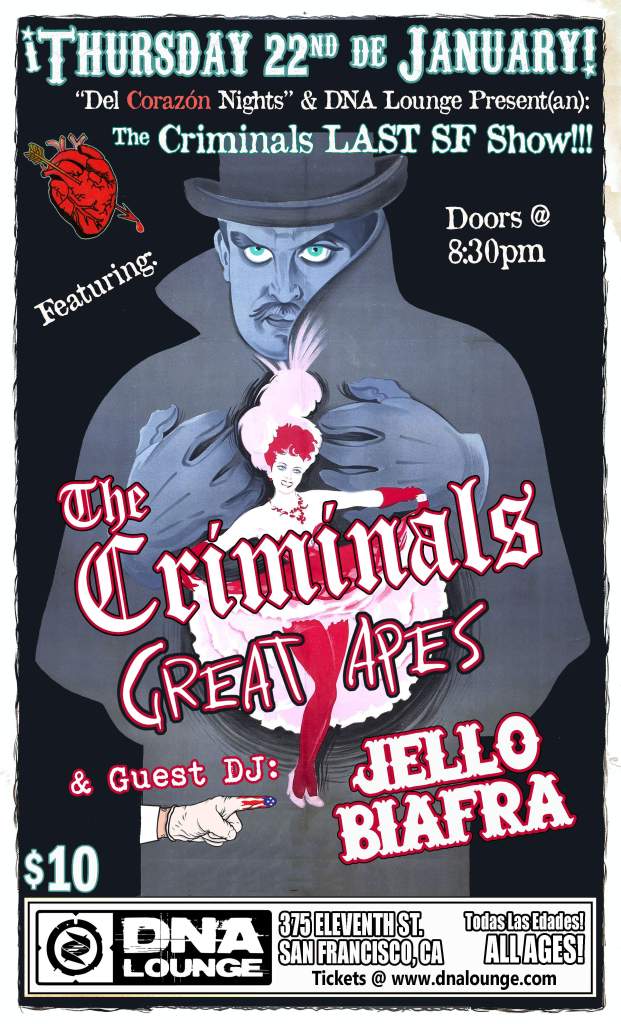 Not only are we storming the stage again, but we’re doing so with the Harrington Saints and the return of Alameda’s finest, Sharp Objects (including that one guy from The Briefs, hint hint)! 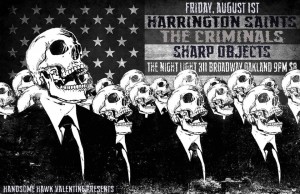 We’re back with a special one-time appearance with Hurricane Markley on drums for this excellent show at Eli’s Mile High Club in Oakland! 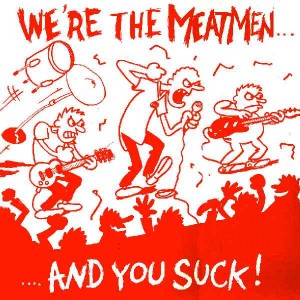 UPDATE: We’ve got a broken bone (no, not that one you jerk) so we’re cancelling this April show. Stay tuned for a special June return with a one-time appearance with Hurricane Markley!

We’ll be spending the rest of April and all of May trying to get the piss out of our rubber sheets, so this is our last show until summer time!

Come party with us in the East Bay (“Pig Latin for Beast!”) at the Night Light! 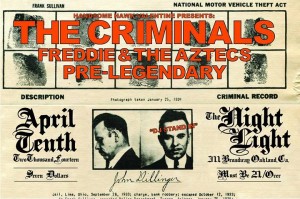 FREDDIE & THE AZTECS features folks from NUISANCE, PEECHEES, and half a dozen others.

PRE-LEGENDARY features folks from JOHN HENRY WEST, SALEM LIGHTS, VETIVER, PAPERCUTS, and half a dozen others.

Not only will there be 3 bands for you to rock out to, there’ll be DJ Stand-In, who’s been banging his head against the garage and the punk rocks since you were in short pants! 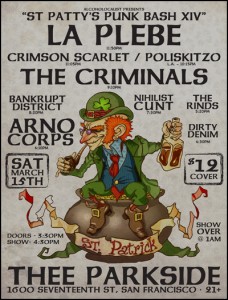 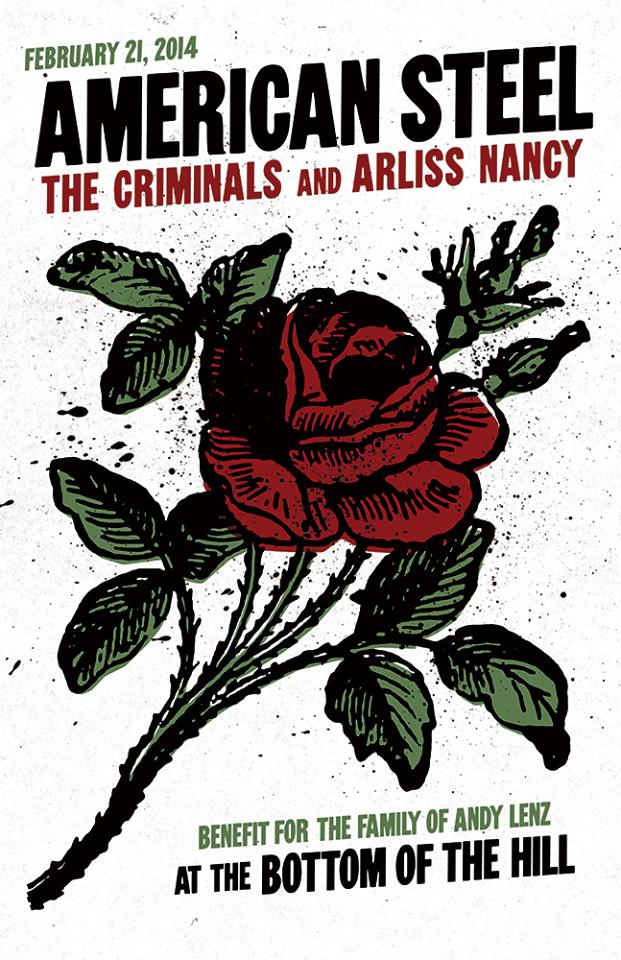 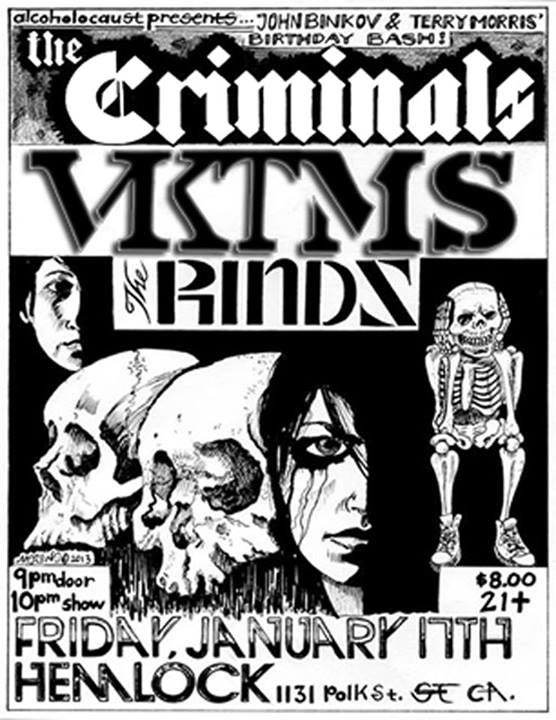 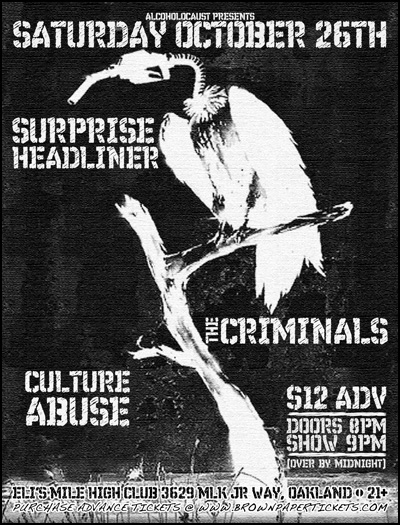 There is an excellent SECRET HEADLINER and opening is CULTURE ABUSE, a new band with ex-DEAD TO ME & ALL TEETH members- so there’s no reason to miss out!

You can buy tickets here- $12 and there will be very few at the front door. 21+ doors at 8pm, CULTURE ABUSE promptly at 9pm.

We’re getting ready for the 1st Criminals show of 2013, but in the meantime…

Here’s a piece about Blatz & Filth from Kevin’s so-far-unpublished book about Lookout Records, “Punk USA: The Rise And Fall of Lookout,” with Criminals singer Jesse Luscious: